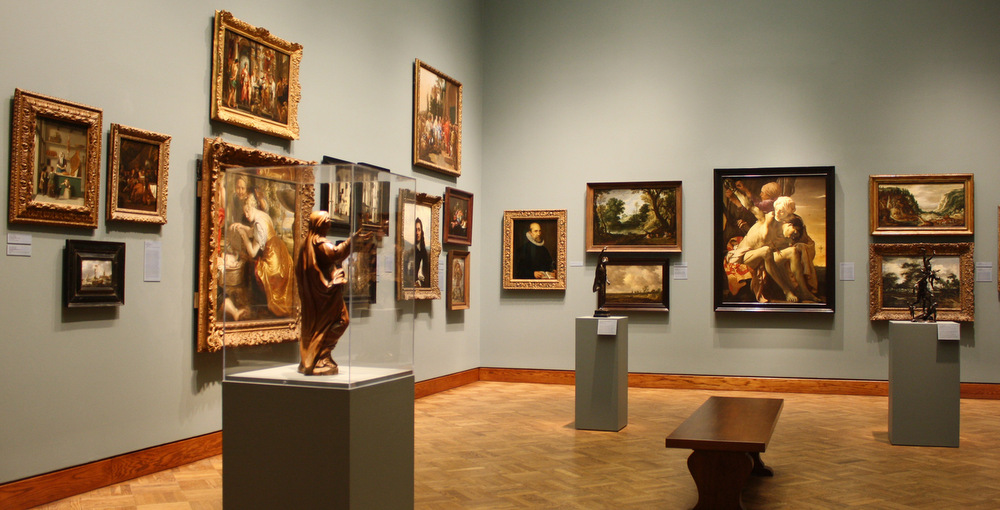 In today’s new Gilded Age, Americans are constantly vying to one-up each other. You show up at your high-school reunion in a new Mercedes E-Class; then your classmate pulls up in a Maserati Quattroporte. (Some would call it a $50,000 car with a $50,000 hood ornament, but still, it’s a Maserati.) You show off a picture of your 42-foot sloop; your neighbor whips out his phone to show off his 62-foot schooner. You show up in Davos in your new GII; your business rival flies in on a GIV. When will it all end?

The IRS isn’t generally interested in financing your conspicuous consumption. (Not unless you drive that Maserati to work, in which case, trust us, you’ll want to choose the “actual expense” method for calculating your deduction.) But there’s a new toy that some of capitalism’s winners are showing off, and this one comes with some beautiful tax breaks. We’re talking, of course, about a private art museum.

Rich art collectors have always taken fat tax breaks for donating art. The Association of Art Museum Directors estimates that 90% of the collections held by major museums were gifted by individual donors. This is an especially good way to avoid tax on capital gains. Let’s say you bought a minor Cezanne or an early de Kooning 30 years ago for $100,000. Now the painting is worth $3 million. If you give it to your local art museum, you can deduct the full $3 million fair market value!

Of course, there are rules in place to frame the deduction to make sure you don’t abuse the privilege. If the value is more than $5,000, you’ll need a qualified appraisal. Your deduction is limited to 50% of your adjusted gross income, although you can carry forward any excess for up to five years if you can’t use it all in a single brushstroke. And the IRS maintains an Art Advisory Board to review appraisals.

But museums can’t always give your donation the same care and attention you would give it. New York’s Metropolitan Museum of Art includes over two million pieces. It’s easy to imagine your donation winding up somewhere back in storage, like the Ark of the Covenant in the last scene of Raiders of the Lost Ark. That’s where the private museum comes in. There’s really not much to it. Just set up a private foundation to hold the collection and operate the facility, then stuff it full with your art. Now you’ve got your deduction and control over your collection.

Who sets up one of these private museums? Peter Brant Jr. is the son of a billionaire paper magnate who married supermodel Stephanie Seymour. In 2010, he opened the Brant Foundation Art Center, conveniently down the street from his Greenwich estate and next door to his polo club. In Potomac, MD, Mitchell Rales, founder of the Danaher Corporation, opened the Glenstone Museum across the duck pond from his house.

Plenty of public museums, including New York’s Frick Museum, Philadelphia’s Barnes Foundation, and Washington’s Phillips Museum all started life as private collections. But critics have argued that, while the new breed of private museum meets the letter of the law, it may not always meet the spirit.

We realize your art collection might not include more than the dogs playing poker hiding in your basement rec room. But that doesn’t mean you can’t canvass the tax code for the same tax-planning strategies that major collectors use to structure their private museums. Just call us for a plan, and we’ll see if we can make beautiful art with your finances.

Baseball is back, even as some teams are looking at early-season snow days. Little-leaguers across the land are donning gloves and getting ready to watch their favorite big-leaguers take to the field. Stats geeks are prepping spreadsheets to crunch numbers like WAR (Wins Above Replacement), BABIP (Batting Average on Balls in Play), and LWCT (Largest Wad of Chewing Tobacco). And the umpires at the IRS are watching a new pitch that Washington just threw across their plate, too.

Since 1921, code section 1031 has let you exchange property you’ve held for business or investment without paying tax on your gains. These “like-kind” exchanges usually involve real estate. They also include vehicles and equipment — if an up-and-coming CEO wants to swap his company’s tired old Gulfstream IV for a newer, shinier model V, that’s cool, too. The IRS has even ruled that “trades of player contracts owned by major league baseball clubs will be considered exchanges of like-kind property.”

But last year’s Tax Cuts and Jobs Act trimmed the roster on like-kind exchanges to real estate only. And that means some teams may already be behind in the count for taxes they owe on their trades!

The veteran Verlander is clearly “worth” more. But he’s 35, and he can’t keep throwing heat forever. So how do you quantify his contract with a number the IRS will accept? Is it the $28 million/year he earns today? (Fun fact: that meant $136,000 per inning last season.) Or is it “some calculation of the total future value Mr. Verlander will bring to the team, minus the total future value it gave up in the prospects it traded away — and possibly adjusted for the amount the team will have to pay Mr. Verlander?”

And Detroit faces a different challenge. How do you assign a “net present value” to an unknown quantity like Perez who isn’t even old enough to buy a drink? Any Bull Durham fan can tell you sometimes all it takes is the right coach to turn a prospect into a phenom. But how do you push him into playing his best ball without pushing him into Tommy John surgery? And what if his trip to “the show” lasts just 21 glorious days?

Finally, what about the human cost of all this activity? How do you put a price tag on a 10-year-old Pittsburgh fan’s tears when you tell him his beloved Pirates have traded his hero Andrew McCutchen to the hated San Francisco Giants for a rookie pitcher, a minor-league outfielder, and “$500,000 in international signing bonus allocation,” whatever the heck that is?

The Tax Cuts and Jobs Act is full of hanging curveballs like the new like-kind exchange limits. That’s why you can’t just wait for April 15 to roll around and hope for a “cheese dog” across the plate. So call us when you’re ready to take a swing at a plan, and see how much you can save. Don’t forget we’re here for your teammates, too!

Country music embraces a long tradition of songs about sadness and ruin, heartbreak and pain. It just makes sense, then, that country sometimes runs afoul of the tax system. Most famously, Willie Nelson found himself on the wrong side of a $16.7 million tax bill. And outlaw country icon David Allen Coe, who penned Take This Job and Shove It, drew three years probation and $980,000 in restitution for failing to report his income, which he insisted on taking in cash to hide from the IRS.

Joy Ford probably never expected she would become a part of that particular tradition. She got her start as a carnival dancer performing at state fairs. Her co-star Loretta Lynn inspired her to start singing, and she had several minor hits in the 1980s. She went on to operate the Bell Cove Club outside Nashville, where she showcased up-and-coming acts. But her eye for talent turned out to be far better than her eye for business.

Ford met with a producer to talk about a TV show, and met with a consultant who suggested converting the club into a seafood restaurant. But the show went nowhere and the consultant’s advice went in one ear and out the other. She claimed losses of $210,298 for the years 2012-2014, and deducted them against income from trusts and a brokerage account. Business losses are deductible against outside income, of course, if you can show you’re really trying to make money. But the IRS decided her business was just an expensive hobby, disallowed the losses, and case ended up in court.

Judge Foley took just two pages to find that Ford wasn’t really trying to make a profit. “She had no expertise in club ownership, maintained inadequate records, disregarded expert business advice, nonchalantly accepted Bell Cove’s perpetual losses, and made no attempt to reduce expenses, increase revenue, or improve Bell Cove’s overall performance.” Not much to sing about, there!

Not all country musicians who take on the IRS wind up on the sad side. Remember Conway Twitty? (Who could forget a name like that? It sure beat Harold Lloyd Jenkins, the one he was born with!) In 1968, he rounded up 75 friends and associates to invest in a side venture called Twitty Burgers. Apparently, his fans found his vocal licks tastier than his burgers, and by 1971, all but one of the restaurants were shuttered. Twitty worried that the failure would hurt his reputation, so he repaid his investors out of his music income. Naturally, he deducted those repayments, totaling $96,492.

The critics at the IRS disallowed Twitty’s repayments because they were related to the burger business, not the music business. So Twitty took the IRS to court, and the Tax Court ruled in his favor. Judge Irwin found that repaying the investors was an “ordinary and necessary” expense for “furthering his business as a country music artist and protecting his business reputation for integrity.” (We’re not sure how Twitty would have translated those happy results into a country song!)

Are you looking for happier music where your taxes are concerned? You’ll need to do a little planning, and probably a little homework. But we can help you with that effort, and we promise you’ll whistle a happy tune if you do. So call us when you’re ready to save, and remember, we’re here for your bandmates, too!