Summer is here, and in most of the country, it’s hot! The All-Star game has come and gone, dog days are right around the corner, and if your air conditioner makes a funny noise, the hair stands up on the back of your neck. Now, we can’t help you if your air conditioner breaks, but we can try and put a smile on your face with a few tax quotes to start your day. Try and spot the summer references hidden inside — they might not be quite as easy to find as you think!

“A dog who thinks he is man’s best friend is a dog who has obviously never met a tax lawyer.”
Fran Lebowitz
“The United States will get a value added tax when conservatives realize that it is regressive, and liberals realize that it is a money machine.”
Lawrence Summers
“Baseball is a skilled game. It’s America’s game — it, and high taxes.”
Will Rogers
“Taxes are paid in the sweat of every man who labors. If those taxes are excessive, they are reflected in idle factories, tax-sold farms and in hordes of hungry people, tramping the streets and seeking jobs in vain.”
Franklin D. Roosevelt
“Taxation with representation ain’t so hot either.”
Gerald Barzan
“The IRS spends God knows how much of your tax money on these toll-free information hot lines staffed by IRS employees, whose idea of a dynamite tax tip is that you should print neatly. If you ask them a real tax question, such as how you can cheat, they’re useless.”
Dave Barry
“Republicans believe every day is the Fourth of July, but Democrats believe every day is April 15.”
Ronald Reagan
“If [a United States Supreme Court Justice is] in the doghouse with the Chief [Justice], he gets the crud. He gets the tax cases.”
Harry Blackmun
Not many of us are thinking about taxes after April 15. But the reality is, there’s never a bad time to stop wasting money on taxes you don’t have to pay. The sooner you start planning, the sooner you’ll rescue those dollars from your paycheck or quarterly estimates. So call us before the heat gets too high and see if we can bring you some cool relief! Actress Alyssa Milano first gained fame playing Tony Danza’s daughter on the television sitcom Who’s the Boss. The show ran for eight seasons, snagged ten Emmy and five Golden Globe nominations (winning one of each), and established Milano as a bone fide teen idol. While her star has dimmed since then, she continues to work in Hollywood and seems to be one of the few child stars in recent memory to grow into adulthood without well-publicized trips to rehab or jail.

Today, Milano is as busy as a bumblebee. So she and her husband, agent David Bugliari, employed a business manager to handle “the details.” Usually those relationships proceed without trouble. But that’s not the case with Milano, who just sued her manager, CPA Kenneth Hellie, for $10 million.

Milano says the relationship first soured with “a home improvement debacle.” She and her husband bought their Ventura County home in 2013 with plans to spend $1.1 million remodeling it. They wound up spending $5 million on the house which is now worth $3 million. (That odd math may not sound implausible to anyone else who’s done a gut rehab!)

But Milano soon discovered that Hellie had made eight late mortgage payments in a 13-month period. That destroyed her credit, which meant she couldn’t refinance the house. She also says:

He failed to pay her 2013 and 2014 income taxes,
He used scotch tape to attach her signature to wire transfers to make unauthorized withdrawals, and
He failed to pay her employees or their taxes, and
His reassurances that the finances were in shape gave her the confidence to pass up a $1.3 million paycheck for starring in a third season of ABC’s “Mistresses” series.
Of course, every story has two sides (especially in Hollywood). Hellie’s response basically throws her husband under the bus, arguing that he approved additional remodeling expenses and may have been “intentionally or negligently keeping Milano in the dark regarding the couple’s deteriorating finances.” He blames the couple for their own lavish spending, including “a second home in the mountains, private planes, a country club membership, a boat, and numerous personal staff such as multiple nannies and housekeepers.”

Milano is hardly the only Hollywood celebrity to break with her manager. Actor Johnny Depp, who spent $3 million to shoot author Hunter S. Thompson’s ashes out of a cannon, has sued his manager for $25 million for a similar series of offenses. And singer Alanis Morissette’s so-called business manager has ironically just reported to federal prison in Oregon for embezzling millions from her and other clients. (She said he would literally cry when she asked where her money had gone!)

Here’s the lesson from today’s sad stories. Choose wisely! Don’t ask us for advice on remodeling your home or managing your household staff. But do count on us to help stop wasting money on taxes you don’t have to pay. And remember, we’re here for your co-stars, too! 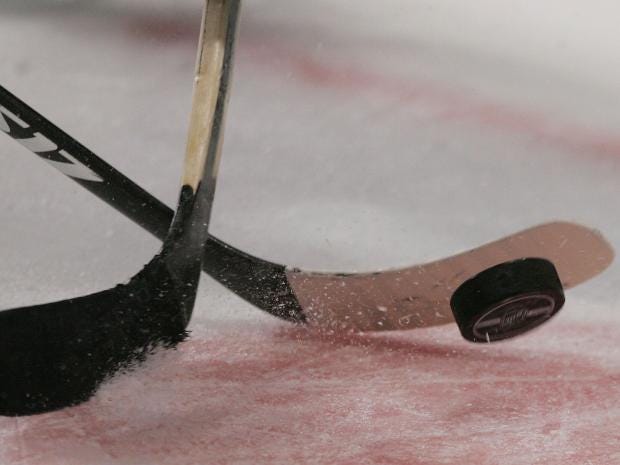 Summer is here, so naturally, everyone’s thinking about hockey. The Pittsburgh Penguins have just taken their second Stanley Cup in a row, and the rest of the NHL is working to make sure there’s no three-peat. But one of those teams just won a different sort of contest, in Tax Court of all places. So let’s go to the tape . . .

Jeremy Jacobs is the owner and chairman of Delaware North, a concession company operating at places like stadiums, racetracks, and national parks. (Sounds like he’s as much to blame as anyone for the $14 beers you bought at your last ballgame.) He also owns the Boston Bruins, which finished 2017 with a 44-31-7 record in the league’s Eastern Conference. Forbes magazine pegs his net worth at just $4.4 billion, which means he’s barely a billionaire and still has to watch his pennies.

The Bruins play half their games on the road. Those road trips can get expensive, especially when it comes to feeding everyone: “between 20 and 24 players, the head coach, assistant coaches, medical personnel, athletic trainers, equipment managers, communications personnel, travel logistics managers, public relations/media personnel, and other employees.” The team actually requires everyone to attend breakfast, where players meet with coaches to talk strategy, review film, discuss media inquiries, and make roster changes.

Here’s the problem. For employee meals to qualify as a de minimis fringe benefit, they have to be served at a facility “owned or leased by the employer.” But the team served half of those meals on the road. So the IRS iced half of those expenses, and the parties wound up facing off in court.

Judge Ruwe sounds like a hockey fan. His opinion runs a full 34 pages, which is the Tax Court equivalent of overtime for a case that size. The main issue was whether the hotel meeting rooms where the team served meals qualified as their “business premises” under code section 132(e)(2). And the referee judge, exercising some much-appreciated common sense, ruled for the team.

In short, he said, league rules require the team to play half of its games away from home, and even arrive at least six hours before game time. Wherever the team hosts those meetings is its “place of business,” sat least for that contest, so the meals the team serves are 100% deductible de minimis fringe benefits. The decision saved Jacobs $45,205 for 2009 and $39,823 in 2010.