On April 26, Treasury Secretary Steve Mnuchin released the administration’s one-page “first draft” of their plan to cut taxes. What effect will this proposal have on the amount you pay?

The Trump administration has outlined a conventionally Republican suite of changes: lower rates, unspecified new deductions for families, and incentives to repatriate foreign earnings. At the same time, they have proposed to limit certain breaks and eliminate nearly all itemized deductions, including state and local taxes.

However, these are just the latest of several proposals Trump has floated since the 2016 campaign. And many of these items are mere starting points for discussion rather than detailed policy proposals. So we shouldn’t be surprised if the White House lets Congressional Republicans take the lead on legislation.

Are you curious what might happen to your taxes under the new proposal? Call us for a free Tax Analysis. We’ll tell you where your opportunities lie, and work with you to take maximum advantage of any new rules!

We’ve just made it through our annual exercise in self-flagellation known as “tax filing season.” And who’s fault is that? Don’t blame the IRS, blame the Congress that wrote the four million-odd words that make up the tax code. So it’s always refreshing to see someone inside that particular lion’s den take a critical look at what Congress has wrought.

Jeff Flake is a freshman Senator from Arizona who’s not interested in taking responsibility for the current system, which was written mainly by men who came of age when Packards and Studebakers filled the streets. This month, he issued a report called “Tax Rackets” that takes aim at so-called “outlandish loopholes” that taxpayers like alpaca farmers, magazine publishers, and golf course operators use to legally lower their bills.

Flake shovels a steaming load of scorn on Section 45 credits for programs to create energy from “open loop biomass” — otherwise known as chicken “litter.” Chicken farmers in the DelMarVa peninsula, which includes Delaware, Maryland’s eastern shore, and the Virginia peninsula, produce 550,000 tons of droppings every year. They’ve been using it for fertilizer. But now the runoff is polluting Chesapeake Bay. So the area’s representatives hatched legislation offering tax credits for selling the “litter” to power plants.

The problem, says Flake, is that the initiative isn’t “everything it was cracked up to be.” There are already plenty of government subsidies for poop-to-power programs. (Flake’s words, not ours.) But nobody seems to want them. “Plans to build the power plants have ruffled the feathers of the very taxpayers being forced to subsidize the energy they would produce. The squawking by citizens caused [one litter-to-energy producer] to scratch plans to build plants in Virginia, North Carolina, and Georgia.” Flake concludes that, “subsidizing energy companies for producing poultry poop power is a bird brained idea that smells like a rotten egg.”

Flake also fires shots at the developers of American Dreamland, who are requesting tax-subsidized municipal bonds to finish a $5 billion mall in (where else) New Jersey. We’re not talking your usual soulless suburban shopping center here. Dreamland will include three million square feet of space, 30,000 parking spots, 450 shops and restaurants, an indoor waterpark, a roller coaster, a Ferris wheel, and an 800-foot indoor ski slope. Developers claim it will create 11,000 jobs and generate $1.5 billion in annual sales. What’s not to like?

Except . . . two developers already dropped $2 billion on the boondoggle before slinking off in defeat. The third one wants a billion more in subsidized bonds to cross the finish line. It’s going up in the only county left in America that still outlaws shopping on Sunday. And millions of shoppers are giving up entirely on mall traffic, mall crowds, and mall hype to order online. The latest developer boasts that “it’s going to be the No. 1 tourist destination, bar none, in the world.” (But he can’t actually believe that, can he?)

Flake says the subsidies he’s exposed will cost taxpayers $50 billion over the next decade. The challenge from his perspective is getting Congress to do something about it. It’s been years since Congress could even walk and chew gum at the same time, and legislation today moves slower than geology.

Good thing there’s a silver lining lurking deep inside this story. Sure, the current code is a mess. But at least we understand it. So you don’t have to pour your hard-earned dollars into poop-to-power programs to pay less. You just need a plan. So call us, and see how much more you can take to the newest mall! 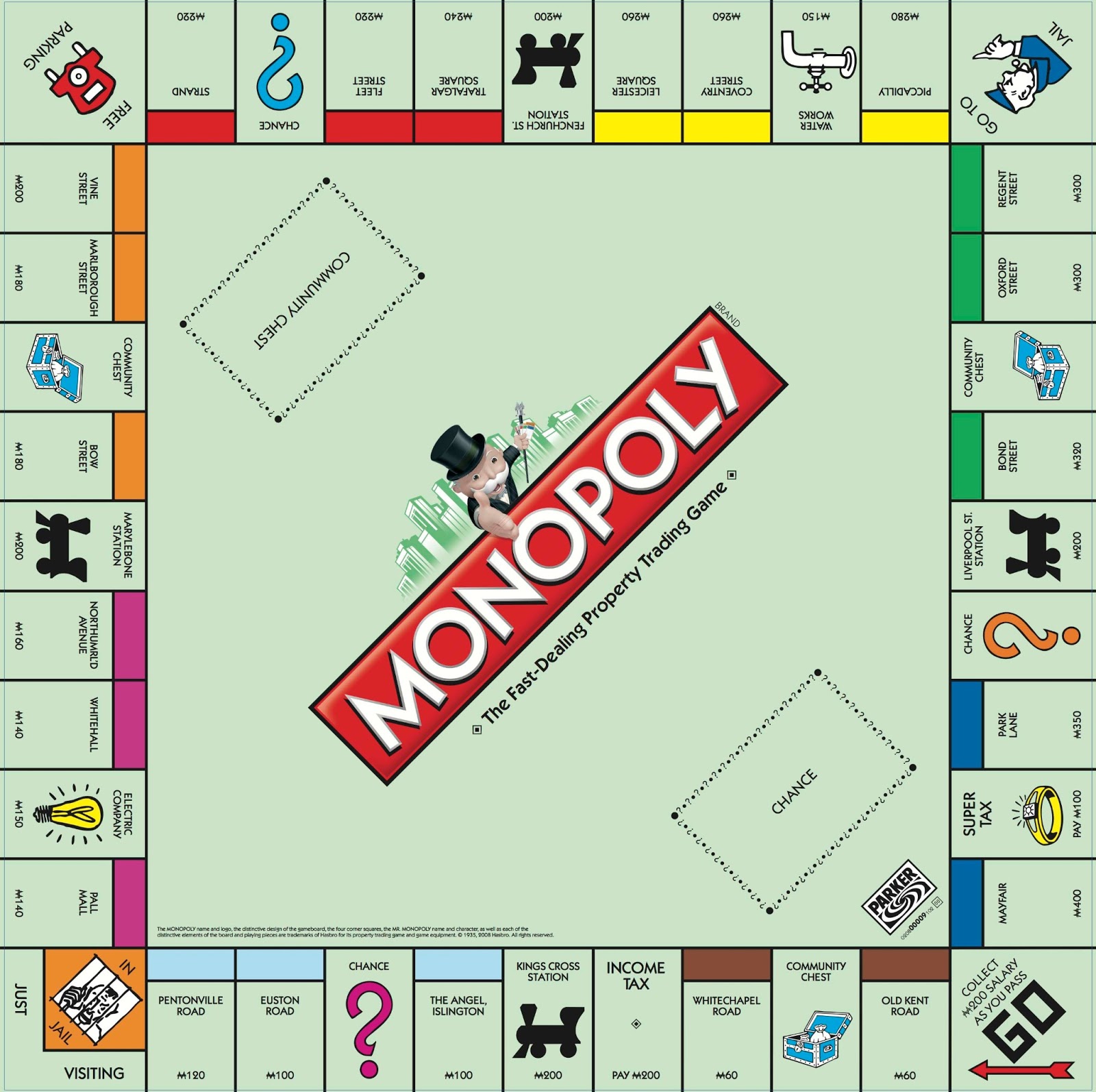 When most of us picture the Monopoly board, we see the familiar rows of streets, named after those in Atlantic City: Boardwalk, Park Place, and all the rest. (Some contrarian always says that lowly Baltic Avenue, priced at just $60, is their favorite. That someone always goes bankrupt first.) Some players prefer “Chance,” “Community Chest,” or taking a ride on the Reading Railroad. And if someone tells you their favorite squares are the Luxury Tax (pay $75) or Income Tax (pay $200 or 10%), you give them a funny look and wonder what went wrong in their childhood.

But how many of you know that Monopoly was originally created back in 1903 to illustrate a theory about taxes?

Elizabeth “Lizzie” Magie was a stenographer, writer, comedienne, actress, and engineer. In 1903, she patented The Landlord’s Game to reveal the evils of “land monopolism” — basically, profiting from the rent you can charge for the use of land. (Evil, right?) Her solution was the philosopher Henry George’s “single-tax” theory, which holds that people should own the fruit of their own labor, but that land and natural resources should be shared equally by everyone. George believed that taxing land value is the fairest form of tax, and a properly-administered land-value tax can help society reduce taxes on labor or other investments.

“Georgism,” as it’s now called, may sound downright Marxist to contemporary ears. But economists argue that a land-value tax is more efficient than income or sales taxes because it doesn’t reduce productivity. Adam Smith advocated for a land-value tax in The Wealth of Nations. And Milton Friedman, certainly nobody’s idea of a commie pinko, called it the “least bad tax” that government can impose.

Ironically, Monopoly’s “income” tax — 10% of your assets, capped at $200 — isn’t an income tax at all. It’s a wealth tax. And it takes the exact opposite approach of the President occupying the White House at the time the game debuted. The Revenue Act of 1935 applied a special 75% rate on income above $5 million, although just one lucky winner — Standard Oil heir John D. Rockefeller, Jr. — actually paid it.

(As high as Roosevelt’s depression-era taxes sound to us today, he wanted to go even further after Pearl Harbor. He argued in 1942 that in a time of such grave national danger, “no American citizen ought to have a net income, after he has paid his taxes, of more than $25,000 a year (about $350,000 in today’s dollars). Roosevelt’s simple solution? A 100% top rate on anything above that amount!)

Today, of course, “Monopoly money” has become synonymous with worthless paper. And paying your taxes is about as fun as landing on Boardwalk, with a hotel! But paying less is no game. It takes careful work and planning. So call us when you’re ready to play — do not pass Go!

Everyone loves baseball, even the IRS! We realize that when you think of baseball stats, you think of batting averages, slugging percentages, and “wins above replacement.” But the nation’s tax collectors have some baseball stats they love to share, too. So let’s take a quick look:

Opening Day team payrolls topped $4 billion for the first time ever this year. The league minimum is out of the park at $535,000, which is enough that the IRS scoops up 39.6% of those dollars. Throw in paychecks for managers, coaches, trainers, and front-office employees, and we’re talking easily more than $1.5 billion in income taxes, plus millions more in payroll taxes. And that doesn’t begin to count taxes on the billions more that players earn in endorsements.
Players aren’t the only ones watching their incomes climb. Total team revenue from ticket sales, broadcast rights, and licensed apparel approached $10 billion last year. And while owners don’t publish their own stats the way they publish their players’, Forbes estimates the average team is worth $1.3 billion.
Television networks pay billions for the rights to broadcast games. Then they turn around and sell advertising to pay for those rights for billions more. The difference between the revenue and the rights winds up taxed at corporate rates of up to 35%.
What’s a ball game without peanuts and Cracker Jack? (Or beer, at a price per cup that’s more than a six pack at your local store?) The usual fan spends about $20 in concessions per game, which yields millions more in sales taxes, excise taxes, and income taxes on those ballpark markups.
Baseball has generated its fair share of quotable quotes over the years. There are even a few tax quotes lurking in that lore, although we’re not sure Yogi Berra ever said anything about the IRS:

“Baseball is a skilled game. It’s America’s game — it, and high taxes.”
Will Rogers

“Look, we [baseball team owners] play the Star Spangled Banner before every game. You want us to pay income taxes, too?”
Bill Veeck (Owner, Chicago Cubs)

While we’re on the topic, how does your game plan looking this season? Have you even stepped up to the plate? Or are you still warming the bench? Remember that we’re here to help with a complete roster of infield and outfield plays. We’ve got the depth and experience you need to hit the home run you want come April 15!