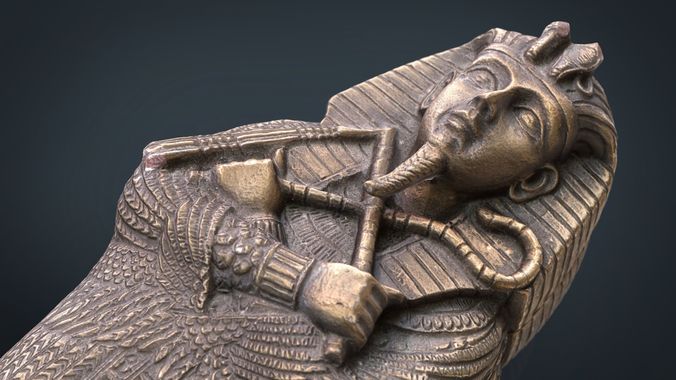 Earlier this month, archaeologists digging in Egypt unearthed a 2,000-year-old black granite sarcophagus 16 feet below the surface. Pretty cool, right? But then they announced they were going to open it. What a terrible idea! Have they never seen The Mummy? When the lid came off, they found three skeletons rotting in some dirty water that had probably leaked in from a nearby sewage trench. But that doesn’t necessarily mean an ancient undead presence didn’t manage to escape, too. It’s not like they could actually see it!

Egyptologists aren’t the only ones facing an ancient spirit that refuses to die. The tax world has one, too, though not as evil. We’re talking about the eternal promise of the tax you can file on a postcard. (Yes, we know, this is a really lame transition to a tax column. Hey, you try finding topics to make taxes entertaining 52 weeks a year!)

Back in 1972, the IRS released a Form 1040A that would fit on both sides of a postcard. There were 27 lines, plus the usual spaces for names, addresses, social security numbers, and signatures. Unfortunately, you couldn’t use it if you ran your own business, or made more than $200 in interest or dividends, or itemized deductions. On the bright side, you could take a credit of $12.50 for political contributions ($25 for joint filers), which seems downright quaint in today’s era of seven-figure gifts and dark money PACs.

Politicians since then have paid lip service to the idea of a postcard-sized form, even as they’ve made the actual preparation harder. Last year’s Tax Cuts and Jobs Act added several new twists for business owners. But these days, everything has to be sold as “simplification.” So IRS officials gamely pledged to play along. And last month, they trotted out a draft of a single form designed to replace the current 1040-EZ (14 lines), 1040A (51 lines) and 1040 (79 lines).

While we’re at it, let’s add another dose of cold reality to the whole “postcard” plan. Who wants their mailman gossiping about how much they make? How do you attach a check to the postcard if you owe? And hasn’t the whole idea of “electronic filing” rendered the size of the paper form pretty much irrelevant?

The push for postcard taxes, along with the push for a so-called “flat tax,” are steps towards a bigger goal to eliminate the IRS entirely. But here’s some more uncomfortable reality. Even if wedid have a postcard-sized flat-tax form we’d still need someone in Washington to administer it. We’d still need collections officers to chase down the people who don’t pay it. And we’d still need tax cops to catch the people who cheat on it. Much as we love to hate the IRS, it’s not going anywhere soon.

Here’s something even scarier than unleashing an ancient mummy’s curse: wasting money on taxes you don’t have to pay! Fortunately, you don’t need to dig 16 feet down to discover the solution. All you need is a plan. So call us when you’re ready to stop running from the undead beast, and see how much you can save!