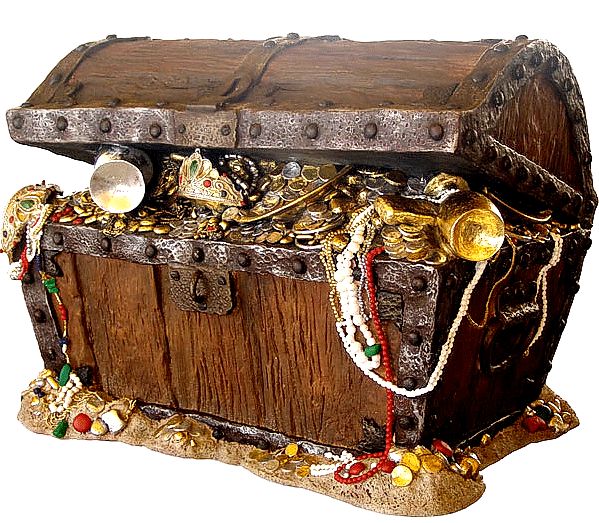 It’s 1715 in the Caribbean and the Golden Age of Piracy is at its peak. The War of Spanish Succession is over, and thousands of privateers are left without gainful employment. From bases hidden away in the Bahamas, buccaneers like “Calico” Jack Rackham, “Black Sam” Bellamy, and “Black Bart” Roberts gather those sailors under new commands to terrorize the seas. (Edward Teach, better known as Blackbeard, ties burning fuses into his hair to look more fearsome.) While there are never more than a few thousand pirates active at any given time, their legend will live on for centuries.

What do you call a pirate with two arms, two legs, and two eyes? Rookie!

Historians generally agree that the Golden Age of piracy “walked the plank” by 1730. At that point, European nations could deploy their navies to protect merchants, rather than fight each other. But pirates never fully disappeared. And our federal tax code — which some foes attack as its own form of piracy — may be making recovery even harder for the victims. (We all know auditors wear suits and skirts to the office. But don’t you think at least a few of them would rather raise revenue by donning a pirate sash, grabbing a cutlass, and swinging from the nearest yardarm?)

Does it strike you as odd that the “Pirates of the Caribbean” DVD comes with anti-piracy warnings?

Recently, the nonprofit group Oceans Beyond Piracy released their State of Maritime Piracy report. They found 71 pirate attacks in the Caribbean — a staggering 163% increase over 2016. 59% involved robberies on yachts, while the rest involved commercial vessels. There were 40 robberies, 17 failed attacks, 13 armed robberies, and 1 hijacking attempt. The pirates made off with $692,000 worth of ship stores and equipment and $257,000 worth of personal effects. Sadly, the report doesn’t tell us how much of that loot wound up buried in wooden chests or identified on maps with “X” marking the spot.

Why do pirates read ? For the arrrticles!

The tax code has always allowed itemized deductions for personal casualty losses, including shipwrecks. However, the Tax Cuts and Jobs Act of 2017 limits those losses to casualties resulting from federally-declared disasters. The new law doesn’t change the theft-loss rules. But it essentially doubled the standard deductions, which should cut the percentage of taxpayers who itemize from about a third to about a tenth. (Of course, taxpayers who can afford a yacht large enough to attract a pirate’s attention probably aren’t suffering from a shortage of tax breaks!)

How do pirates talk to each other? With an Aye Phone!

Here’s the good news, matey. You don’t have to settle for letting the scallywags at the IRS take more of your doubloons than the law allows. And you don’t need a man-of-war to stop them. You just need a plan! So call us when you’re ready to pay less, and let us help you make your treasure grow!