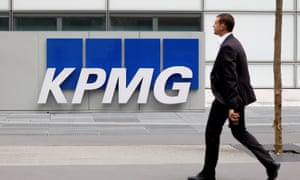 Consumer surveys consistently show that CPAs are the most trusted financial advisors of all. But what happens in the rare instance when you can’t trust your CPA? Nothing good, that’s for sure!

Back in 2001, John Baldwin helped engineer a deal to sell Louisiana’s Delta Downs racetrack for a $74 million profit. Baldwin took a $10 million fee for his work, along with some hefty interest payments on a $17 million loan his company had extended to finance it.

But Baldwin didn’t want to share those hard-earned gains with the IRS. So he went to the “Big Four” global accounting firm of KPMG for ways to pay less tax. KPMG dug into their bag of tricks and pulled out a doozy — a “one-time fix” called SOS, or Short Options Strategy. Without getting too technical, here’s how this little sleight-of-hand worked. (If you’re thinking “sleight-of-hand” is an unfortunate term to use in the tax-planning context, you’re right.)

If the whole thing smells like something that comes out of the south end of a north-facing horse, that’s because it was. KPMG knew it was. The IRS caught on, of course. They audited everyone in sight, and socked Baldwin with over $10 million in tax, interest, and penalties. Prosecutors indicted KPMG and 19 individuals for helping Baldwin and 600 more clients evade $2.5 billion in taxes — and the firm paid $465 million in to make it all go away. Years later, some of those 600 customers are still battling KPMG in court.

And that brings us back to Baldwin, who sued KPMG for all sorts of nefarious-sounding offenses, like fraud, negligent representation, breach of fiduciary duty, and racketeering. Last month, the Third Circuit ruled that he really just should have known better: “the fact that a prearranged, ‘turnkey’ transaction could generate just the right amount of losses — for an ‘investment’ and fee orders of magnitude smaller — should have also seemed a serendipitous coincidence indeed.” To add insult to injury, even KPMG says that Baldwin never should have trusted them in the first place!

Here’s the good news. The tax code offers 70,000 pages of green lights to pay less tax legitimately. So don’t be afraid to ask us to show our work, and cite those green lights — book, chapter, and verse. And call us before your big scores, so we can help you make the most of them!